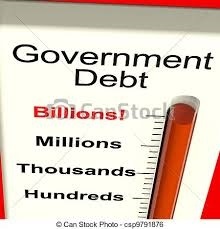 What's behind the big declines in emerging markets? And how might the stalking bear in these economies affect U.S. investors?

The trade conflict between the United States and China is only one of several challenges facing emerging markets, but it has played a major role in recent declines. China, the world's second largest economy, is the giant of emerging markets, with trade relations around the globe. Any policy that threatens China reverberates throughout the developing world. And declines in Chinese stocks, which account for about 30% of the MSCI EM Index, have an outsized effect on the markets.4

Although the threat of a trade war is serious, the deeper problem for developing economies lies in the credit markets. After the financial crisis, when interest rates in the United States, Europe, and Japan were at rock bottom lows, investors were attracted to higher rates in emerging economies.5

This generated a massive flow of cash into these countries that spurred business growth and helped prop up national governments, often covering underlying weakness in both the private and public sectors. From 2007 to 2017, total emerging market debt tripled from $21 trillion to $63 trillion.6 Much of this was in U.S. dollars, which provided valuable hard currency but required repayment in dollars.7

As interest rates have risen in the United States, investors have shifted to less risky U.S. securities, drying up the flow of cash into developing economies.8 At the same time, the dollar has grown stronger, increasing the cost of dollar-denominated debt payments and driving down asset values in weakened local currencies. Without new inflows, many companies and governments in developing countries may be unable to meet their debt obligations.9

Although high debt is an issue throughout the developing world, some countries are more exposed than others. Turkey and Argentina have been in the spotlight due to especially dramatic breakdowns. Both have very low foreign exchange holdings in relation to debt obligations, meaning they can't pay their bills without further borrowing. Other countries that are underwater by this measure include Pakistan, Ecuador, Poland, Indonesia, Malaysia, and South Africa.10

High debt and instability scare off investors, which has pounded bond prices in Turkey and Argentina, and sent their national currencies plummeting against the dollar.

Inflation is spiraling in both countries, and their central banks have set sky-high interest rates (24% in Turkey and 60% in Argentina) in a desperate effort to gain control of their economies.11-12

Many analysts believe that Turkey and Argentina are outliers and that most developing countries and companies are strong enough to weather the crisis.13 But some see the potential for currency collapse in other countries, including Sri Lanka, South Africa, Pakistan, Egypt, and Ukraine.14

If weakness in emerging markets turns into a global crisis, Europe may be most directly affected. European stocks have already been hit by the declines in EM stocks, and the European economy, which has lagged the U.S. economy in growth and monetary policy, is more vulnerable to fallout from EM credit and currency woes. A hard hit to Europe could spread to the United States.15

On this side of the Atlantic, the crisis has primarily affected U.S. companies with wide exposure in the developing world, and investors, including some large pension funds, who were overweighted in EM securities in an effort to chase high yields.16-17 So far, the broader U.S. market has been insulated by a strong economy and stellar corporate earnings.18 That may change if trade conflicts with China and other trading partners heat up or if multiple countries begin to flounder like Turkey and Argentina.

Even if U.S. markets stay on course, the credit crisis in emerging markets is a cautionary tale of fragile economies. It's not wise to overreact to foreign events, but you may want to keep an eye on further developments. This might also be a good time to make sure your portfolio reflects your goals, risk tolerance, and time horizon.

All investments are subject to market volatility and potential loss of principal, but investing internationally carries additional risks such as differences in financial reporting and currency exchange risk, as well as economic and political risk unique to the specific country. These risks can be greater when investing in emerging markets, where stocks may be substantially more volatile and less liquid than the stocks of companies located in more developed countries. This may result in greater share price volatility. These additional risks also apply to foreign bonds, along with the default and interest rate risk associated with all bonds. Bonds redeemed prior to maturity may be worth more or less than their original cost. Investments seeking to achieve higher rates of return also involve a higher degree of risk.