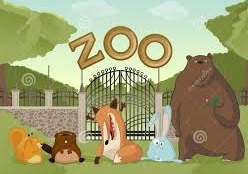 Bulls? Bears? Who Is In Charge of This Zoo?

When you listen to the business news you will often hear the terms “Bull Market” and “Bear Market” bounced around.  Did you know there are true definitions as to what constitutes a Bull or a Bear Market?

A bull market is one in which optimism reins since the stock market has continued to move upward without suffering a 20% decline.  Once that 20% decline is realized the market enters into a bear market.  Characterized by great pessimism and fear, we remain in a bear market until the trend reverses and a 20% gain is achieved.

However, it is normal for there to be movement day to day or even week to week in the opposite direction.  There can be a down period within a bull market, or an up within a bear.   If a downward movement is severe enough we might enter a “market correction”.  A market correction is like a “mini” bear market.  It occurs when a bull market declines by 10% or more.

Have you ever wondered how the names “bull” and “bear” originated?  There is actually a few theories about from where these names originated, all dating back many centuries.

Perhaps the most popular theory suggests the names come from how each animal attacks it foe.  A bull will charge forward, lifting its horns into the air.  A bear, on the other hand, stands above its fray and strikes with a downward claw.  Thus, a bull has become the metaphor for a rising market, while the bear for one in decline.

Another theory dates back to the 1700s.  A proverb at the time read “it is not wise to sell the bear’s skin before one has caught the bear.”  Bearskin Jobbers would at times sell the skins first in anticipation of a price drop, and this type of speculation took the name bearskin, later shortened to bear.

Regardless of the true origin of the terms bull and bear they are here to stay.