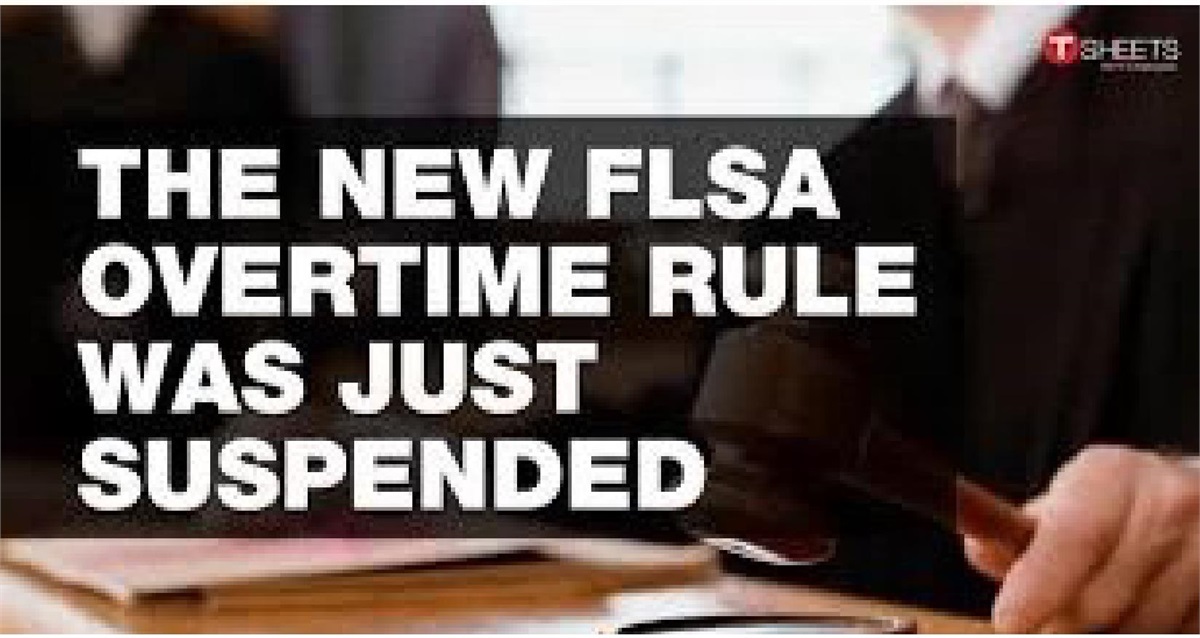 On November 22, 2016, a United States District Court Judge in Texas granted a request by 21 States, the US Chamber of Commerce and several business groups to temporarily block the Department of Labor (DOL) from implementing its changes to the Fair Labor Standards Act (FLSA).   The DOL’s changes would have raised the minimum salary for the administrative, professional and executive exemptions from $455 per week to $913 per week.   In other words, if you earn less than $913 per week (up from $455) under the new rule you had to be paid overtime rates regardless of your job classification.   The new limits were to go into effect December 1, 2016.

Businesses argued that the original federal law governing overtime pay does not allow the Labor Department to decide which workers are eligible based on salary levels alone.  The most heavily effected sectors of the economy would be nonprofit groups, retailers, hotels and restaurants where many managers earn below the new threshold.

Judge Amos Mazzant, an appointee of President Barak Obama, wrote the DOL’s new rule would create a de facto salary-only test.  He issued a nationwide injunction on the implementation of the rule.

It is unclear if the Department of Labor will challenge this ruling.  Even if they were successful the rule may likely be reversed in the new administration.  In August, Donald Trump told the website Circa that the overtime rule was an example of the type of burdensome business regulations he would seek to roll back as president, perhaps by exempting small businesses or delaying implementation.  Further, it could be upended by legislation passed by Congress or withdrawn by President-Elect Trump's Department of Labor.

So who’s the winner in this?  Other than the attorneys arguing this case, no one I can see.  Who’s the loser?  All of us.

The over 4 Million employees who were looking at becoming eligible for increased compensation through fatter overtime paychecks will no longer be guaranteed those payments.  Some of those that would have been effected when the rule went into effect were previously let go by their employers, in an effort to avoid the increased cost associated with this rule.

In a rare circumstance of Washington creating a lose/lose situation for all involved, many employers have also been negatively impacted.   Since this injunction was only issued 10 days before the rule’s implementation most employers have already taken action to mitigate its costs.  Some employees received raises, not based on merit, but to push their salaries above the new threshold.  Some valuable employees were terminated as they would become too expensive under the new plan, particularly to a small employer.  And some potential employees were never hired.

Hopefully, a new administration will bring a return to the traditional roles of each branch.  Congress needs to negotiate and compromise until they can draft well thought out legislation.  The President and Executive Branch will work to administer those laws passed by the Congress.  The Courts need to interpret those laws that have been passed.  In my opinion that is the only way to avoid this scenario where everybody loses.