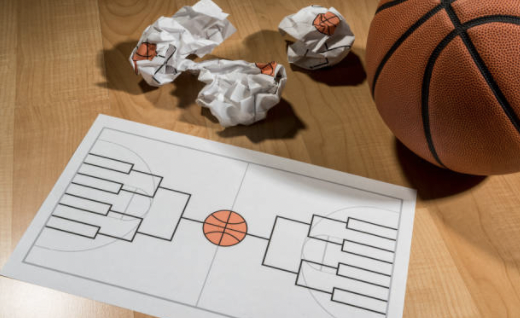 After the cancellation of March Madness last year, millions of fans around the country have returned to create a bracket with the hopes of predicting this year’s NCAA Men’s College Basketball National Championship winner and, more importantly, achieving bracket perfection.

Picking the overall winner is no easy task, let alone correctly predicting the outcome of each of the preceding 63 games. But that does not seem to stop us from trying! According to ESPN.com, the top overall seeded team, Gonzaga, has been selected to win it all by 34.3% of the 16.2 million brackets submitted to the 2021 ESPN Men’s Tournament Challenge. Gonzaga’s hopes for a national championship ended after a crushing lose to the Baylor Bears in the final game. Did you make that prediction? The odds of creating of perfect bracket are estimated to be 1 in 1,610,543,269. You are more likely to win the lottery hundreds of times than achieve such a feat. But every year, we try to beat those insurmountable odds to best our friends and colleagues. The President included.

It is not that different from investing when you think about it. We would all love to pick out which investments will fare the best over the coming period. In 2020, large market capitalization stocks and growth stocks were outperforming the rest of the market, and they might have seemed the obvious pick to continue their outperformance. But over the trailing 12-month period ending in March, which happens to begin around the bottom of the market drawdown that came with the COVID crisis, small market capitalization stocks and value stocks have returned 97.1% and far outpaced both the market and their large growth counterparts by just more than 34% each.1

This sort of sharp, pronounced reversal in asset class and style performance reinforces the fact that it’s nearly impossible to select a top-performing asset class fund based on prior performance. In fact, only 30.1% of actively managed U.S. equity funds that finished in the top quartile of their peer group on a cumulative return basis from June 2010 to June 2015 went on to stay there by the end of the next five years ending June 2020.2 You can draw similar parallels from this year’s brackets. We are used to seeing perennial tournament bluebloods—Duke, North Carolina, Kansas and Kentucky, just to name a few—consistently reach the Final Four and often win it all. None of these teams made it past the second round this year. Some were not even selected to play in the tournament.

Time will tell how long small value stocks can continue their run of outperformance. But does anyone actually win the investing bracket? Those investors who don’t get caught up in the “madness” produced by market turbulence and the need to pick the next winner will be the ones who ultimately succeed. Instead of chasing investing perfection, stay true to your evidence-based, long-term investment plan, which is built both on your individual goals and to withstand many rounds of market cycles.

As for this year’s perfect bracket? The last of them vanished when the Maryland Terrapins beat the Connecticut Huskies 63-54 in the 28th game of the first round.

2 - U.S. Persistence Scorecard Mid-Year 2020, S&P Dow Jones Indices. This information is for educational purposes only and should not be construed as specific investment, accounting, legal or tax advice.

Investing involves risk including loss of principal.  Information from sources deemed to be reliable but its accuracy and completeness cannot be guaranteed.