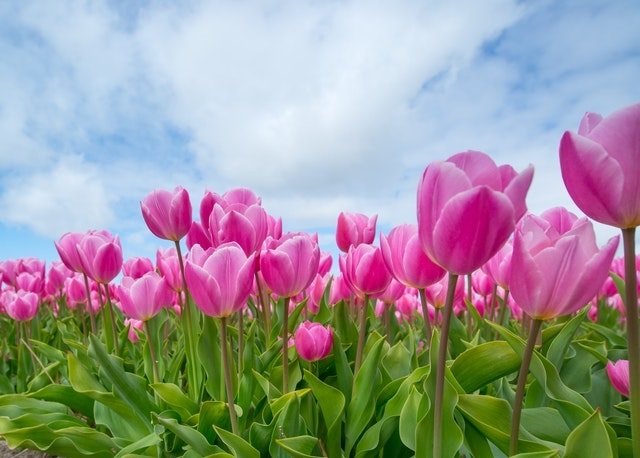 Tulips were first imported from Turkey to Western Europe in the late 1500s. The unique, exotic look of these flowers soon captured the attention of the upper classes and quickly appeared in the gardens of affluent Dutch aristocrats. Over the course of the next several decades, tulips became a status symbol of wealth and sophistication highly sought after by the Dutch middle class. This demand led to tulips being listed on the Amsterdam stock exchange in 1636.

At its peak, a single tulip bulb could be worth thousands of florins, a gold coin of varying weight and purity. Historians debate their exact value at the time, but a rough estimation would put this amount equal to $500,000 or more in today’s dollars. Could such an amazing run last? Of course not, and tulips’ value would come crashing back down to earth over a three-year period ending in 1638. This is regarded as one of the earliest, most extreme asset bubbles in history. And like the tulip trade centuries ago, markets have provided examples of this type of phenomenon in recent decades and even in the first few months of this year.

GameStop and Bitcoin have recently caught the attention of investors and garnered headlines as money piled into each and they generated atmospheric returns, high volatility, and the occasional swift price correction. Why? That can be a difficult question to answer given the short time frame in which each swing occurred. Some might point to excess liquidity in the markets or a pent-up demand that has fueled a collective fear of missing out among investors. Others might point to markets becoming less efficient. Benjamin Graham, the late economist regarded as the father of value investing, is quoted as saying, “In the short run, the market is a voting machine, but in the long run it is a weighing machine.” This wisdom holds as true today as when it was first spoken. Market participants tend to purchase securities in the short run as if they were participating in a popularity contest. And thus, security prices move rather quickly up or down. This is no different from the Dutch and their tulips in the 17th century. This type of short-term behavior can cause a disconnect between the price of a security and its fundamental value. However, as efficient markets continue working, the price of a security will come to reflect the fundamental value of the issuing company.

This is a part of the long-term approach that backs your portfolio. Its path aims to avoid short-term popularity contests, which often reflect nothing more than short-term noise, and instead leverages decades of collective market knowledge that has been weighed against the test of time.

This information is for educational purposes only and should not be construed as specific investment, accounting, legal or tax advice.  Investing involves risk including loss of principal.  Information from sources deemed to be reliable but its accuracy and completeness cannot be guaranteed.