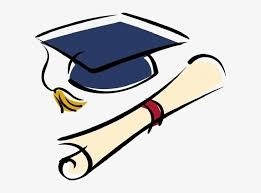 LEGACIES HAVE AN ADVANTAGE IN COLLEGE ADMISSIONS

Headlines were recently made by a college admissions scandal that included some big-name celebrities.  The salacious details were plastered across newspapers nationwide and included bribery and athletic coaches from schools including Yale, Stanford, Texas and USC.

In the wake of that scandal that saw wealthy parents use illegal means to seek admission of their undeserving children, Bloomberg released an article by Brandon Kochkodin looking at the number of students who received legal preferential treatment.  The article looked at the influence of prospective student’s family lineage to see how these legacies were treated.

Mr. Kochkodin found that each school defined legacy differently and data was not readily available at some schools.  Nonetheless, it is clear that applicants with family ties to the institution had a substantially better chance of admission than non-legacy applicants.

Which schools had the highest admission rates of legacy students?  Of the 25 schools with the highest endowments the leaders were:

Outside schools with the largest endowments Baylor University led the pack with a 32% admission rate for legacy students.