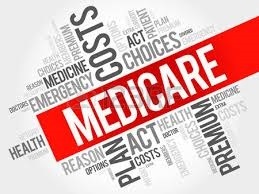 MEDICARE TRUST FUND WILL RUN OUT IN 2026

Reading the above headline should scare you, but apparently those in charge of funding Medicare, i.e. the U.S. Congress, are immune.  Earlier this month, the fund’s Trustees reported Medicare’s Hospital Insurance Trust Fund deteriorated in the past year and is now expected to be depleted by 2026.  This is a significantly worse outlook than reported last year when the day of reckoning would not occur until 2029, or 3 years longer.

The deterioration was caused by “adverse changes” in program income and costs, according the report.  “The current trajectories in health care spending are both unsustainable and unmatched by increases in quality,” said Alex M. Azar II, Secretary of Health and Human services and a Trustee of Medicare and Social Security.

Some of the deterioration can be blamed on the new federal income tax passed last year.  Since about half of Social Security retirement beneficiaries are taxed on their benefits, the lower tax rates will produce less revenue through 2025 according to the Medicare Trustees.  However, since the individual tax cuts were not made permanent the tax law will increase the amount of tax revenue on these beneficiaries beyond 2025 as the tax law also decreased the speed in which the tax brackets are indexed for inflation.

A major factor effecting all Social Security retirement benefits is the aging population in the U.S.  In 2016 there were 2.8 workers for every Social Security beneficiary (down from 3.3 in 2005).  By 2035 that ratio will fall to about 2.2 workers.  At the same time the number of Medicare beneficiaries will increase from 60 million today to 87 million in 2040.