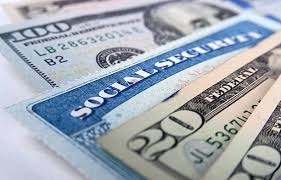 According to the recently released report of the Social Security Trustees the benefits for old-age disability insurance will be depleted by 2034.  This year for the first time, Social Security went into a negative cash flow.  More money was paid out in benefits in 2017 than revenues were taken in.  This required the Trustees of Social Security to tap into its reserves.  How to address this shortfall is the subject of much debate.

A Democratic proposal is gaining some traction in the House of Representatives.  Hearings will begin soon to examine H.R. 1902, The Social Security 2100 Act, to figure out how the bill could prevent problems in the Social Security system.  The bill introduced last April will look to increase benefits while also increasing the payroll taxes used to fund them.  It would also change the way cost-of-living adjustments are calculated.  Social Security’s chief actuary, Stephen Goss, testified earlier this month that he believes the bill would make the program financially sound throughout its 75-year projection.

This expansion of Social Security would come at a cost. To fund these benefits and bring the program on more secure footing taxes would be increased.  The contribution rate currently set at 6.2% for employees and 12.4% for self-employed individuals would gradually be increased to 7.4% and 14.8% respectively (This does not include the 1.45% employee and 2.9% self-employed tax for the medical portion of the Social Security system).  Further, these taxes would now apply to wages exceeding $400,000, although no benefit would be returned on this new tax.  Currently, Social Security taxes are only applied to the first $127,200 of wages, indexed for inflation).  Those opposing the measure point to higher tax burden on a dwindling workforce, particularly the small businessowner and self-employed.  Additionally, the tax on higher wages with be the first time in the history of Social Security that citizens were asked to contribute to the retirement and disability benefits without the ability to collect any benefits.