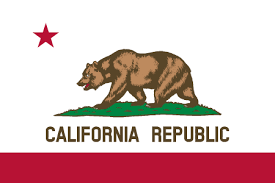 WHAT DOES A POLITICIAN DO WHEN THEY HAVE MORE IDEAS THAN MONEY? IMPOSE A NEW TAX!

Despite being one of the highest taxed states in the country, California’s State Senate recently passed a bill to add a new tax on its residents--a gift, estate and generation-skipping tax.  Effective January 1, 2021, SB 378 would impose a tax of 40% on all transfers that exceed $3.5 million dollars.  The tax would only be imposed on the amount between the $3.5 million dollar threshold and the amount where the federal taxes begin, in other words a taxpayer will not be paying both Federal and State taxes on the same assets.  This tax would be levied in addition to the more than 50% combined Federal and State Income Taxes to which a Californian could be subject.

Federal transfer taxes used to be a significant burden for upper and upper-middle class taxpayers, small business owners and farmers up through the beginning part of this decade.  However, the exclusion amount has now been raised to $11.4 million dollars and far fewer taxpayers are affected.  Of course, unless Congress takes action to extend this higher level of exemption the tax will sunset in 2025 to its previous limit of $5.49 million.

California’s proposal differs in a few ways from the current federal tax laws.  Besides the much lower level of transfer at which it will kick in, the current version does not include the unlimited marital deduction.  Without this deduction, the assets of an estate could be subject to this 40% tax before the surviving spouse receives their share.  Additionally, the federal transfer laws allow the Executor of one spouse’s estate to port the unused portion of their $11.4 million exemption to the other at the time of death, making the amount that can be excluded from tax effectively $22.8 million for a married couple.  While it is possible one or both of these could be added before the bill becomes final, without them the tax would be even more onerous.

The stated purpose of this new tax is to fund the “Children’s Wealth and Opportunity Building Fund”, a special fund created by this same bill.  The Fund would be the recipient of all the funds raised by this tax.  The purpose of this fund is to “directly address and alleviate socioeconomic inequality and build assets among people that have historically lacked them.”

Both the majority in California’s Legislature and the Gov. Gavin Newsom have indicated their support for SB 378.   If passed by the Legislature and signed by the governor it will have to be ratified by California’s electorate in November 2020.  There the outcome is less certain as Californians have grown weary of more taxes.  The goal of funding the Children’s Wealth and Opportunity Building Fund may sway those who are undecided.

So What Is the Big Deal if You Don’t Live in California?

California is one of several states that will have difficulties meeting their existing obligations.  Despite the State’s myriad of resources, their bond credit rating is in the bottom 10 in the nation.  A successful implementation of this new transfer tax could lead other states to implement similar taxes.  New sources of revenues are very attractive to politicians particularly when the payer of the taxes are portrayed as the wealthy.

On the other hand, when new taxes are imposed there is typically a migration out of the state of those most affected by the tax.  New Jersey’s Democratic Legislature agreed to repeal its estate tax as part of a large compromise with then Gov. Chris Christie after the wealthiest man in the State moved to Florida and announced in the media he was doing so to avoid NJ’s expensive tax.  The Federal Income Tax law passed at the end of 2017 limited the deductibility of State Income and Real Estate taxes, further reducing the economic viability of staying in high tax states.

Illinois, New Jersey, California, Connecticut, and Pennsylvania are among the states that have the worst financial balance sheets.  They must all figure out a way to increase revenues or decrease expenditures to make ends meet.  However, with a large percentage of all state’s budgets already dedicated to mandatory spending, i.e. legislated expenditures that cannot be alerted without an act of law, it is difficult to reduce discretionary spending far enough.  And while the federal government has the same dilemma they have a broader tax base to draw from, and 2 advantages that states do not have; the federal government can operate at a deficit (a tool they have used extensively) and the ability to print money.

Monitoring the outcome of SB378 should be interesting in the weeks ahead.