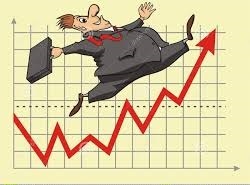 Will This be The Longest Bull Market in Recent History?

On October 7, 2007 investors stood in a state of euphoria.  The stock market was up 101% since the end of the last bear market in October 2002.  Investors could not conceive that they were about to enter a downward spiral worse than any other since the Depression that fell our country at the end of the 1920’s.  The bear market that would follow, and the poor economic results that ran parallel, would ultimately be known as “The Great Recession”.

By March 9, 2009, the US stock market was at the end of “The Great Recession”.  Just as investors in 2007 could not imagine the economic carnage that would follow, an incredible bull market was the furthest from investors’ mind that day in 2009.  Investors lived each day in fear, not knowing when the stock market would end its slide.

Since that day stock prices have rebounded dramatically.  On August 9, 2017 this bull market celebrate the beginning of its 101st month.  During the time that has followed the Great Recession the S&P 500 has gained more than 265% through August 9, 2017.  You may now be wondering how this bull market compares to other growth periods in the past?

It might come as a surprise that it is not the longest rally since World War II, nor is it the best performing.   The distinction of longest rally goes to the incredible period between October 11, 1990 and March 24, 2000.  During those 113 months, the S&P 500 gained a whopping 417%, also making it the best performing.  However, as many can remember, this record bull market was followed by the bursting of the bubble in technology and internet stocks and led to what is now known as the “Tech Wreck”, and the terrible bear market that occurred starting in early 2000.  For this market to become the longest bull market it would have to continue on to August 22, 2018.

Who knows where this crazy ride will end?  One thing I am sure thankful for though is that I remained invested throughout this big rise in stock prices.  Failing to capture all of the gains to be had in this bull market with have cost me dearly.