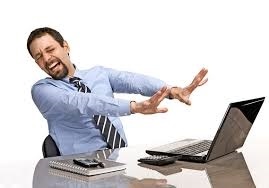 WOULD YOU RATHER INVEST IN ADMIRED OR DESPISED COMPANIES?

Given the choice of 2 companies, one admired by the public and one despised, where should you invest your money?  The answer may not be obvious.

A recent Opinion Piece on www.marketwatch.com by Mark Hulbert reminded me of a White Paper prepared on this subject in 2010.  Prof. Deniz Anginer, University of Michigan and Prof. Meir Statman, Glenn Klimek Professor of Finance, Santa Clara University, pondered the question "Do stocks of admired companies yield admirable returns?"  If so, "Are increases in admiration followed by high stock returns?"

Anginer and Statman looked at companies found on Fortune magazine's annual list of "America's Most Admired Companies" published during 1983-2007.  The list of admired companies in 2007 included Walt Disney, UPS and Google, which also appear on 2019's list.  These admired companies were compared to a list of spurned companies, with each list containing half of the companies rated by Fortune.  The conclusion of the research is that those companies least prized by their peers outperformed the admired group by over 2% in annualized return.  Further, those companies whose reputation was declining during the study far outperformed the companies whose reputation was improving.  The excess return of the declining companies was a whopping 5.6%.

So what lessons should the average investor take from this research?  Here are a few main takeaways:

For many successful investors these lessons will probably not come as a surprise.  However, I regularly meet potential new clients whose portfolios are comprised of only a few  admired companies.  While they may get lucky and identify a future high flyer, they are limiting their odds of success.  Instead, I prefer to tilt the odds in my favor.  I may not win every time, but investing is a marathon, not a sprint.  I want the best chance of success over the long run.